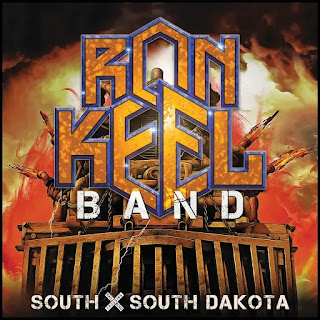 Before I start this review, let me give you full disclosure. I grew up in the 80’s listening to Keel albums & tapes. My best friend at the time might have been an even bigger Keel fan than I was, so we listened to “The Right To Rock” and “The Final Frontier” a LOT! I’m not much of a country boy, but I definitely love me some Southern Rock. The combination of one of my childhood heroes with one of my favorite music genres is a dream come true on so many levels – especially when that hero is covering some of the very songs that blasted from my bedroom speakers while I grew up.

April 24th, 2020 the Ron Keel Band released the album South X South Dakota. This album was years in the making, without the band even knowing it. These were the songs that were early influences for the members of the band and they jammed to them in the recording studio while recording their last album, “Fight Like A Band.” Tapes were rolling the whole time, and listening back, the concept for this record was born.

Some of these songs are very true to the original, while others have definitely been Keeled up for this release. Ron probably describes it best. “Toughness meets twang as Metal and Country collide on sacred southern ground.”

Let’s check out the tracks:

In the end, this is a collection of songs that were played over, providing the soundtrack to the childhoods of many of us across the country – from my new home town in Ocala, Florida to my old home town in LeSueur, Minnesota, and from Atlanta, Georgia to Sacramento, California. RKB put together an outstanding collection of classics and performs them in glorious fashion. If you’re a Southern rock and/or country fan, and like your music on the grittier side, you need this record. 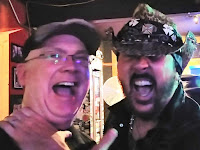 To close out this review, a little more personal disclosure. In March of 2018, RKB played a little show in a little venue above a little bar downtown Mankato, MN. It was an event put together by David Ellefson of Megadeth. This was my first introduction to what Ron had been doing since the days of The Final Frontier. I had the opportunity to meet (and be mock-strangled by) Ron and spend just a couple minutes saying hello. The experience overall was memorable for me, and I was thoroughly impressed by the new band. Rock & roll has gone through changes and challenges over the decades, and the good ones know how to ride the tide. Ron Keel and RKB have done just that. If you haven’t checked out “Fight Like A Band,” last year's album of original material, I encourage you to pick that one up as well. It’s a good one.